Guest Blog - Paul Garner: For 7 weeks I have been through a roller coaster of ill health, extreme emotions, and utter exhaustion | Healthwatch Liverpool
Skip to main content

Blog by Paul Garner, Professor at the Liverpool School of Tropical Medicine – 15 May 2020

Our Chief Officer, Sarah Thwaites introduces a guest blog by Paul Garner, Professor at Liverpool School of Tropical Medicine in which he tells his story of Covid-19 symptoms over the past weeks and months which mirror her own experiences of the virus 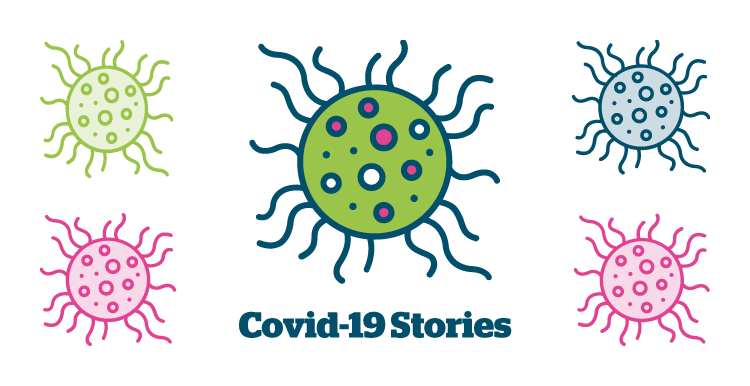 Here we are pleased to share a blog by Paul Garner, Professor at the Liverpool School of Tropical Medicine,  Director of the Centre for Evidence Synthesis in Global Health and Co-ordinating Editor of the Cochrane Infectious Diseases Group.

I was particularly interested to read Paul’s experiences because I too am experiencing ongoing (presumed) covid symptoms or complications nearly 8 weeks in.  A lot of what Paul describes in his blog I can relate to – in particular the unpredictable nature. I haven’t been tested for covid but was given a diagnosis of ‘presumed covid’ during an A&E visit prompted by worsening breathlessness 4 weeks into my experience.

After reading Paul’s blog I joined the Facebook support group he mentioned, 'Covid-19 Support Group (have it / had it)', and have found it really helpful. Those of us for whom the virus is not likely to be life-threatening are encouraged and indeed expected to take care of ourselves at home. In a pandemic that’s understandable and to be honest I’d much rather be at home than in hospital.

But home can be an isolated place to be when so little is really known about this virus, when mysterious symptoms seem to be rampaging through your body and when the official UK advice is still based on the two symptoms of persistent cough and fever (internationally more symptoms are recognised). My other symptoms have included chills and intense shivers, chest pains, breathlessness, stomach problems, exhaustion, brain fog, loss of voice, heart rate soaring for no obvious reason, muscle pains and headaches. No day has included all of these. No day has been free of all of them. Each day, each hour can feel very different from the day before. I can tell someone honestly one day that I’m feeling like I’ve turned a corner; the next day the symptoms can be back with a vengeance. Getting back to my previous level of fitness (cycling everywhere, hill walking, outdoor swimming) seems a long way off

There are only a few things I can say for sure:

In mid March I developed covid-19. For almost seven weeks I have been through a roller coaster of ill health, extreme emotions, and utter exhaustion. Although not hospitalised, it has been frightening and long. The illness ebbs and flows, but never goes away. Health professionals, employers, partners, and people with the disease need to know that this illness can last for weeks, and the long tail is not some “post-viral fatigue syndrome”—it is the disease. People who have a more protracted illness need help to understand and cope with the constantly shifting, bizarre symptoms, and their unpredictable course.

Early March seems so far away. I watched Boris introduce social distancing and then shake hands on national television; I talked with epidemiological colleagues about the established effects of austerity increasing mortality in the poor, and how lock down would worsen this; I advised my 97 year-old father to isolate. I said to myself that years of running and military fitness would protect me from harm. I discounted a runny nose, carefully checked my temperature every day, and examined the CDC/WHO comparison table and decided I did not have covid-19. Then one afternoon I started feeling strange: I happened to be on zoom meeting with David Nabarro who said anyone who felt unwell should isolate instantly, on the spot. I went home early, and then the journey began.

In the first days at home I wasn’t sure I had covid-19. Then I damaged my hands with bleach. It had no smell, I assumed it was old and inactive—but it was just I could not smell the chlorine. The heaviness and malaise became worse, I had a tightness in the chest, and realised it could be nothing else. I was mortified that I might have infected the staff I had worked with for over 20 years. I imagined their vulnerable relatives dying and never forgiving myself. My mind was a mess. My condition deteriorated. One afternoon I suddenly developed a tachycardia, tightness in the chest, and felt so unwell I thought I was dying. My mind became foggy. I tried to google fulminating myocarditis, but couldn’t navigate the screen properly. There was nothing to do. I thought, if this is it so be it.

A few hours later I woke up, alive and the tightness replaced by extreme fatigue. Every day, day after day. Sometimes I felt better and became optimistic; after all, the paralytic state had not recurred; but then the next day I felt as though someone had hit me around the head with a cricket bat. Staff at work criticised me for not being clear “make up your mind! Are you getting better or not?” I guess they were frightened too, but I really could not understand what was happening.

The illness went on and on. The symptoms changed, it was like an advent calendar, every day there was a surprise, something new. A muggy head; acutely painful calf; upset stomach; tinnitus; pins and needles; aching all over; breathlessness; dizziness; arthritis in my hands; weird sensation in the skin with synthetic materials. Gentle exercise or walking made me worse—I would feel absolutely dreadful the next day. I started talking to others. I found a marathon runner who had tried 8 km in her second week and caused her to collapse with rigors and sleep for 24 hours. I spoke to others experiencing weird symptoms, which were often discounted by those around them as anxiety and making them doubt themselves.

The internet described recovery times of about two weeks for people that had not been hospitalised. I had not had severe disease yet here I was after four weeks still unwell. My doctor neighbour and GP were concerned. I consulted with friends who were consultants in infectious diseases by email and they wondered if I had more lung involvement than I had estimated. My tenant had friends who were still ill at four weeks and this helped a lot.

The least helpful comments were from people who explained to me that I had post viral fatigue. I knew this was wrong. There was a pattern in that period from two weeks to six weeks: feeling absolutely dreadful during the day; sleep heavily, waking with the bed drenched in sweat; getting up with a blinding headache, receding during the day, turning me into a battered ragdoll in the evening.

I joined a Facebook page (Covid-19 Support Group (have it/had it)) full of people with these stories, some UK, some from the US. People suffering from the disease, but not believing their symptoms were real; their families thinking the symptoms were anxiety; employers telling people they had to return to work, as the two weeks for the illness was up. And the posts reflect this “I thought I was going crazy for not getting better in their time frame”; “the doctor said there is zero reason to believe it lasts this long”. And too, people report that their families do not believe their ever-changing symptoms, that it is psychological, it is the stress.

Over the weeks, I have been touched by the people that have quietly stepped in to help me cope, appropriate, unobtrusive, timely. Family, friends, colleagues, and neighbours. Our local yoga studio’s motto is “a community building strength in mind, body and heart”. This love and support of gives us a direction for our future. And today the disease has lifted. For the first time, I do not feel awful.

The aim of this piece is to get this message out: for some people the illness goes on for a few weeks. Symptoms come and go, are strange and frightening. The exhaustion is severe, real, and part of the illness. And we all need support and love from the community around us.

Paul Garner is Professor at the Liverpool School of Tropical Medicine. He is Director of the Centre for Evidence Synthesis in Global Health and Co-ordinating Editor of the Cochrane Infectious Diseases Group.

You can also read the Guardian coverage of this story: CLICK HERE

How has your experience of health & care services been affected by the Covid-19 pandemic? Complete our survey & let us know! We'll be sharing responses with care providers to ensure the local response is meeting people's needs. 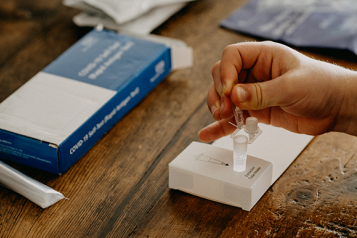 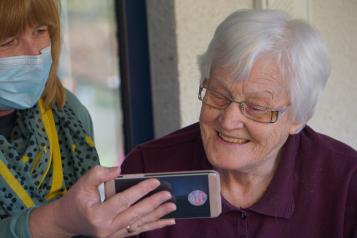 Care Homes During Covid - Report
Between July and September 2021, we ran an online survey to collect feedback about people’s experiences of care homes during the pandemic.
6 December 2021
Report

Young Adults’ Attitudes to the COVID-19 Vaccine in Liverpool - 2021
Read our report exploring the attitudes of young adults in Liverpool to Covid-19 vaccination in 2021.
9 November 2021
Report