Find out what patients and visitors told us about Liverpool Heart and Chest Hospital when we visited in June 2019. 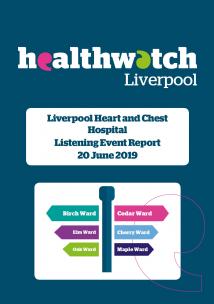 On 20 June 2019 we visited Liverpool Heart and Chest Hospital and spoke to patients and their families about the care that they receive there.

Liverpool Heart and Chest Hospital received a great deal of positive feedback from both patients and visitors at our Listening Event this year. 94% of the people we spoke to rated the hospital either 4 or 5 out of 5. The lowest rating given was 3 out of 5. There were a large number of positive comments about the staff, care and food.

Although there were not many negative comments, some of the people we spoke to did express dissatisfaction with car parking, and a few people mentioned waiting times, both for outpatient appointments and inpatient treatment.

Most people we spoke to felt that staff did have enough time to care for them. However, a minority of people expressed that staff appeared to be too busy and this impacted on their ability to deliver patient care.

The majority of people felt that the hospital was accessible, however some people did express concerns about the size and layout of the site.

We have provided the hospital with an anonymised version of the feedback that we captured.  The hospital can use this feedback in conjunction with the other ways in which they capture patient experiences to see what is working well and any areas for improvement.

We look forward to continuing our work with Liverpool Heart and Chest Hospital over the forthcoming year and we will carry out a further Listening Event in 2020. 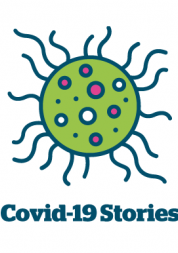 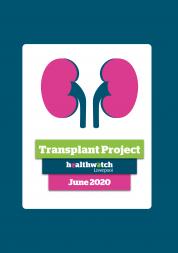